Cannabidiol (CBD) is one of the least 85 active cannabinoids identified in cannabis. The CBD oils and waxes, terpenes and isolates used by Canavape® come from commercially grown, organic hemp plants which are naturally high in CBD and low in THC.

Factual and straightforward information on the potential benefits of Cannabinoids is available online by using a popular search engine. It is always wise to stick to reading accurate, factual case studies surrounding CBD rather than information on a products page.

The cannabis plant has over 100 active cannabinoids each with different properties. Most research and attention has been given to the major compounds; Delta-9 Tetrahydrocannabinol (THC) and Cannabidiol (CBD), although there are many others, which are being discovered as time goes on. Cannabigerol (CBG) is a non-psychoactive cannabinoid found during the early stages of the growing cycle and can be extracted from budding plants roughly three quarters of the way through their flowering stage. This makes CBG one of the most valuable and potenitally beneficial cannabinoids that we know of.

Cannabinoids are most effective when used alongside each other. This creates what is known as the ‘entourage effect’. Canavape® and NV Biotech are proud to be the first company in the UK to launch Cannabigerol based products.

Canavape® do not express the strength of their products as a percentage on the bottle. Instead they tell you exactly how many milligrams or MG’s there are within your bottle (CBD and CBG). Canavape believe percentages can be very misleading unless you know exactly how to calculate a % based on the original compounds added to a product. You request HPLC analysis for the oils and pure compounds used in the manufacture of the products from NV Biotech.

Currently in the laboratory we have:

We have a couple of variants when it comes to PG (propylene glycol) and VG (vegetable glycerin) ratios.

2) MediVapour™ and MediVapour Gold are always 100% organic Kosher VG. This does not change.

Yes they are. All crops are grown under strict government licence.

None of our products contain THC, the cannabinoid scheduled as a Class B substance under the UK Misuse of Drugs Act 1971, Irish and EU law. Regulation (EC) 1672/2000 states that cannabis sativa plants containing 0.2% tetrahydrocannabinol or less can be approved for cultivation as hemp.

CBD, CBDV & CBG have no psychoactive effects and are not subject to any legal restrictions on their import, sale, possession or use. There are increasing number of reports and studies showing a variety of benefits from Cannabinoids. Canavape® and NV Biotech are proud to be the first in the UK and Ireland to offer these.

Our products contain no psychoactive ingredients and are all 100% legal.

Our products are made from supercritical CO2 extraction of the Cannabis sativa plant, with naturally occurring high amounts of Cannabidiol (CBD), Cannabigerol (CBG) and trace amounts of Delta-9 Tetrahydrocannabinol (THC – the main compound which cases you to feel “high”).

All products manufactured by NV Biotech (Canavape®, MediVapour™, ECS™ Gold Drops) are intended as a food supplement until further notice and can be used to optimise your well-being.

Yes you can… but please consider the below:

Canavape® stock personal vaping devices or “E cigs” and we choose the models based on experience and proven performance. All E liquids work best in purpose built “E Cigs” rather than disposable or the cheaper style slim line pens. If you currently own a slim line pen device with a 0.5ml or 1ml cartridge then its definitely worth upgrading your setup to maximize the benefits of our Cannabinoid products.

You may also find it useful to know that vaping Canavape® CBD E liquids works out to be over 40% better value for money vs the slim line pens with expensive replacement cartridges. We strongly advise upgrading to a popular E Cig device if you currently use a slim line pen. This is so you get the most out of your CBD, CBG or Cannabinoid vape product.

Traditionally a tincture would be a medicine made by dissolving a drug in alcohol. However our modern definition would be more along the lines of; a compound suspended in carrier oils to aid absorption and bioavailability.

Our hemp oil tinctures are oral products designed for sublingual absorption, meaning under the tongue.

To absorb, simply drop under the tongue and hold for at least 90 seconds. Some oral cannabinoid products taste nice, some can taste strong and not so pleasant. This is normal dependent on the product.

Oral oils and tinctures are not for use in electronic cigarettes and will damage your device. Please only use orally!

There has been very little clinical research into CBDv. However, several studies have been conducted over the past few years in countries including the UK.

A 2013 study by the University of Reading in London published by the National Institute of Health revealed that CBDv may be effective in treating epilepsy and other conditions involving seizures.

They already include CBDv in the Canavape® Complete cannabinoid liquid only in a very small measurement. As we learn more about CBDv and its usefulness alongside CBG and CBD they will increase the amount within the formulations.

Bioavailability means the fraction of an administered dose of unchanged drug that reaches the systemic circulation, one of the principal pharmacokinetic properties of drugs. By definition, when a medication is administered intravenously, its bioavailability is 100%. When vaped and absorbed through the loungs this can drop to 60% – 80% and lower for oral applications. For this reason we use carrier oils in our oral based CBD, CBG, CBDv products which the body absorbs along with these amazing Cannabinoids,

Cannabinoids are simply chemical compounds that act on cannabinoid receptors on cells that repress neurotransmitter release throughout the brain. The most well-known cannabinoids include CBD, THC, CBG, CBN and THCa. More recently CBDv has been studied however its properties are still very unknown.

Canavape® is a limited company belonging to NV Biotech based in Camden Town London. When we say “based” here we mean they are real people operating from their biotechnology facility with a focus on customer care and quality control.

Within the NV Biotech building they house their ISO Class 5 capable clean room laboratory where they formulate and bottle all their products. This uniquely allows complete in house control over quality and precision in the formulation of their product range. They then send a sample of each product batch for testing to ensure accuracy.

The Canavape team have been working together for over 3 years. We believe all Cannabinoid based products should be produced in a certified clean environment. NV Biotech are proud members of the CTAUK.

The endocannabinoid system (ECS) is a group of endogenous cannabinoid receptors located in the mammalian brain and throughout the central and peripheral nervous systems, consisting of neuromodulatory lipids and their receptors. Known as “the body’s own cannabinoid system the ECS is involved in a variety of physiological processes including appetite, pain-sensation, mood, and memory, and in mediating the psychoactive effects of cannabis (especially THC!)

We are quite often asked in the winter months what the orange stuff is! Its hemp oil, a key component of our CBD E Liquid at the moment. The cold weather can make it separate slightly during transit so just allow it to get to room temperature and shake for 1 – 2 minutes.

We use this fully vape safe oil because it contains a host of cannabinoids, not just one! Its highly beneficial VS CBD only products. In coming months we will focus on a spectrum of cannabinoids which may lower this oil level significantly.

Our products are not intended to diagnose, treat or cure any illness or disease. These statements have not been evaluated by the Health Products Regulatory Authority (HPRA) or the FDA or any other equivalent body. Because of this, can’t make any claims about what CBD Hemp Oil can do or may do for you. But, we CAN pass along that we have numerous customers using our products regularly for things such as: Cancer, Epilepsy, Fibromyalgia, Chronic Pain, Arthritis, Insomnia, Anxiety, Migraines and so much more. While CBD doesn’t help everyone with their condition, we have many people who return regularly for reorders. The only way you’ll know if it will help you is to try it. (If you need further advice, your doctor or medical practitioner might be able to help.)

Again, we at Fightstore Ireland do not make any claims as to the medical benefits of our products and any links from our website are not an endorsement of said websites. Our products are sold as dietary supplements and are sold without any supplementary information.

Unfortunately, there is no definitive scientific answer to this. Truly it requires some trial and error to get the right amount for you and your condition. But, with patience and practice, you should be able to get to that “happy point” in just a few days of working with it.

The approach we recommend is to begin taking a particular amount, twice a day for the first 3-4 days to build it up in your system and so you can truly see what its doing. After this amount of time, increase or decrease the amount you’re taking based on the results you’re seeing.

Canavape® are proud to only produce only the best quality CBD and CBG E-liquids as well as others cannabinoid brands. All hemp oils and Isolates used in the manufacture of Canavape products are high in either CBD, CBG or said Cannabinoid.

HPLC analytics are available upon request from NV Biotech. Canavape® is a registered trademark www.canavape.co.uk 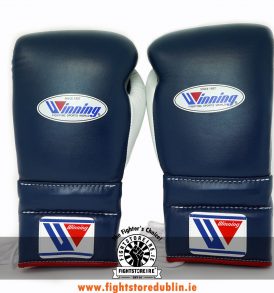 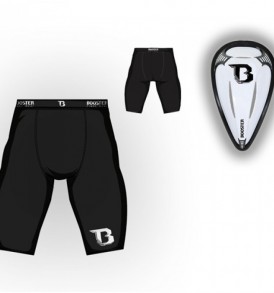 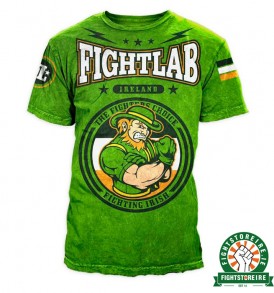 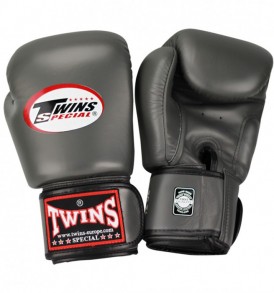 BlazePod Academy: Come and learn more about how to use BlazePod and start to truly get the best ...

BlazePod FAQ Does the BlazePod support other languages besides English? At this stage, BlazePod ...

Check out our Christmas opening hours over the month of December and the last delivery dates fo ...