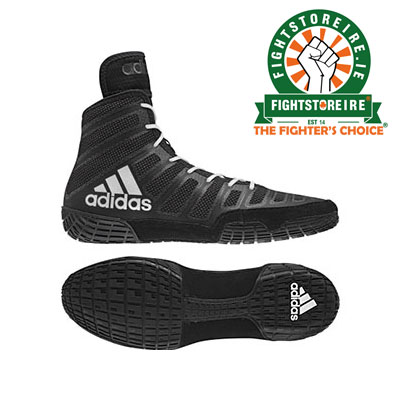 Designed for performance, these men’s wrestling shoes keep you connected to the mat with a grippy rubber outsole and medial and lateral drive zones on the forefoot and heel.

What do you think of the black and white Adidas Varner Wrestling Boots?