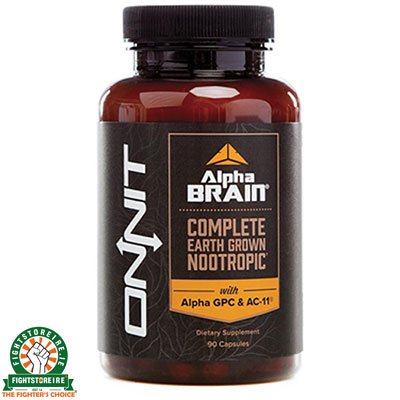 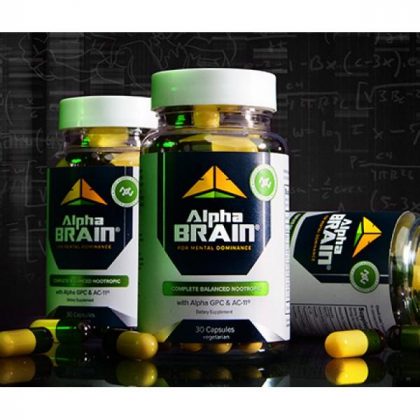 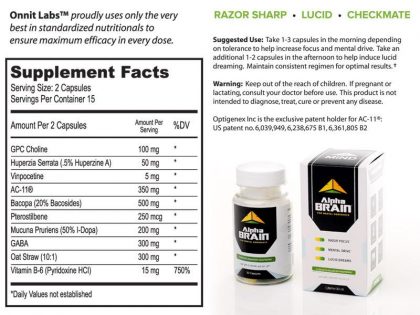 Boosting Neurotransmitters
The human brain is composed of over 10 billion communicating cells, known as neurons, that make over 60 trillion synaptic connections [source]. Neurotransmitters are the chemical messengers that embody the brain’s currency of communication. The highly coordinated processes of production and release of these neurotransmitters determine the relative strength or weakness between neighboring neurons. These connections give rise to complex neural circuits, which underlie the apparent phenomena of human cognition.
It is well known that adequate functioning of neurotransmitter synthesis and release is essential to maintain a healthy cognitive state [source]. Self-perceived states, such as attention, mood, focus, and awareness, are highly dependent on the relative levels of neurotransmitter production. Alpha BRAIN® aims to elevate the levels of neurological production of the neurotransmitters by providing an abundance of biological neurotransmitter precursors. Specifically, Huperzia Serrata and aGPC are targeted at increasing acetylcholine function, an essential component for learning and memory [source, source]. L-theanine, a compound isolated from green tea, has been shown to mimic the important inhibitory effects of GABA neurotransmission, creating a calm and focused mental state [source]. L-tyrosine is a key intermediary in the biosynthesis of the neurotransmitters dopamine, epinephrine, and norepinephrine, with documented mood elevating properties [source]. Conveniently combined together in the Alpha BRAIN formula, these unique nutrients help provide a strong foundation for the body to enhance endogenous production and maintenance of key neurotransmitters.

Mitigating Stress
Prolonged exposure to environmental stress results in a physiological response that can be harmful to overall health and neurological function. Alpha BRAIN includes a combination of natural stress-management compounds that have been shown to help buffer the brain from stress and provide an overall calming effect. Under the license from Optigenex, Alpha BRAIN is the only nootropic to include AC-11®, a potent extract from Uncaria tomentosa, a plant found in the Amazon rainforest that has been used for hundreds of years as an alimentary herb. AC-11® has independently been linked to promoting DNA repair following environmental stress and has documented cognitive benefits [source]. Alpha BRAIN also includes highly concentrated oat straw (Avena sativa), a promoter of neurological wellbeing and rejuvenation, which has been shown to have a positive impact on cognitive performance in healthy subjects [source]. Lastly, Alpha BRAIN contains phosphatidylserine, a phospholipid cell component known to possess ergogenic properties and promote stress tolerance in high performance athletes [source]. Alpha BRAIN aims to help us manage our levels of stress while providing the tools to handle demanding situations, allowing the mind to remain clear and focused.

Targeting Neurological Antioxidants
Oxidative stress, also known as free radical damage, has been implicated in a number of age-related conditions [source]. Alpha BRAIN includes the highest quality anti-oxidative compounds that have been shown to be beneficial to cognitive function. Pterostilbene, a recently discovered compound isolated from blueberries, has been shown to provide neuroprotection against free radicals [source]. Bacopa Monniera has been used for centuries in the traditional Ayurvedic medical system of India to improve memory and longevity, possessing both antioxidant and aptogenic properties [source]. Research on the use of Bacopa has shown significant memory improvements and protection against the deposit of harmful environmental neurotoxic molecules [source]. Finally, the inclusion of vinpocetine, a derivative of the periwinkle plant, promotes blood flow to the brain and possesses potent anti-oxidant properties [source]. These three potent antioxidants are essential to maintaining a healthy, functional nervous system.

Alpha BRAIN Delivers
The Alpha BRAIN formula contains highly effective ingredients that are either cutting edge or have historical use. This combination aims to potentiate the best cognitive performance while maintaining mental clarity and providing long-term neurological health benefits.

AC-11® (Uncaria tomentosa Extract)
AC-11®, the proprietary compound licensed under agreement from Optigenex Inc, is derived from Uncaria tomentosa, a plant indigenous to the South American rainforest. In a series of peer reviewed scientific and clinical studies conducted by third party laboratories and university medical centers, AC-11® has been shown to help the body’s natural ability to repair DNA.
Although the exact mechanisms of action are being further investigated, scientists believe that when the body is subjected to environmental stress affecting the integrity of DNA, AC-11® helps activate enzymes that are instrumental in the repair process. This goes beyond other nutritional supplements by protecting the body from environmental damage to its fundamental building blocks: The DNA itself.

Alpha BRAIN Use
For enhanced mental performance take 1 capsule in the morning with food. Depending on body size and tolerance you may increase this dosage to a maximum of 3 capsules. For enhanced dream state, take 1-2 capsules 6 hours prior to sleep. Do not exceed 3 capsules in any 24 hour period unless otherwise directed by a physician.

What do you think of Alpha BRAIN? 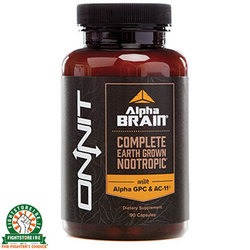