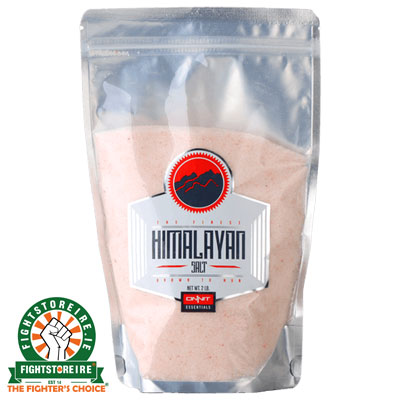 There is an old expression “worth ones salt” which has its root in ancient Roman linguistics. Soldiers then were paid a ‘Salarium’ which was an allowance for the purchase of salt, and in fact the roman word for soldier literally translates to ‘one who is paid in salt.’ In those days salt was a rare and valuable commodity. Why? Naturally acquired Pink Himalayan salt is packed with 84 essential trace minerals and electrolytes and plays a valuable role in the regulation of myriad bodily processes. However, after the invention of artificially produced sodium chloride (table salt), the overuse and abundance of this type of salt – which is completely devoid of trace minerals – gave salt a bad name. In fact, after the invention and proliferation of this type of artificial salt, doctors started noticing health conditions among the population that were related to lack of mineral intake, so they decided to insert iodine back into this artificial salt. That is where we get ‘iodized salt.’ But even with the added iodine, table salt does not come anywhere near the mineral packed powerhouse that mother nature created.

When it comes to naturally acquired salt, there is no finer specimen than Pink Himalayan Salt. The pink color is actually indicative of the presence of valuable trace minerals, and the taste is unlike anything you would find in your local diner salt shaker. It hits the palate with a smoother flavor, the difference between a fine scotch and rubbing alcohol. Pink Himalayan Salt does not have that harsh, stinging bite which allows you to utilize it much more effectively as both a spice and to supplement food. There is perhaps no simpler way to get the 84 trace minerals valuable to the body that mother nature has produced than to include real pink himalayan salt in your diet.

The salt deposits from which the Kosher Pink Himalayan Salt is mined are roughly 250 million years old, meaning they were deposited long before the earth became polluted with heavy metals, pesticides, or PCBs. While there is really no such thing as “organic” salt, this is probably the most pristine salt you’ll find anywhere on the planet. Eating this salt is a lot like going back in time and consuming minerals from pre-industrial Earth. Once you try it, you will never go back.

Check out our full range of Onnit Products.

What do you think of the Himalayan Salt (2lb Bag)?