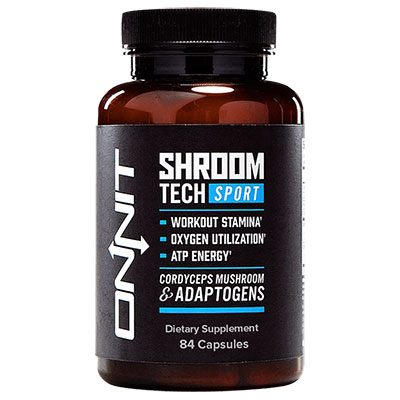 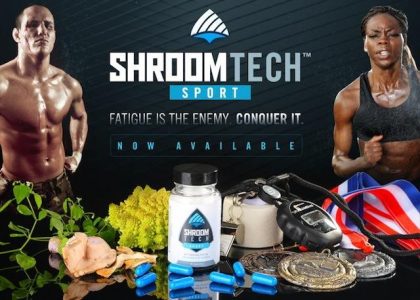 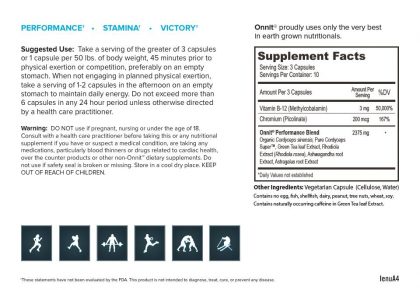 Shroom TECH Sport battles fatigue with a strategy unlike any other supplement on the market. It provides cellular energy through the production of ATP rather than purely stimulant-based energy. It also helps the body to improve oxygen utilization so you can go longer, recover faster, and set a new personal best.

The idea behind Shroom TECH Sport was to create a supplement that real athletes could take safely every day. This applies even on the day of competition. We wanted clean energy, ingredients with a history of use in high-level competition, and general health benefits. We believe we have found it in our exclusive combination of cordyceps sinensis mushroom, adaptogens, antioxidants, and methyl B-12. Shroom TECH battles fatigue with a strategy unlike any other supplement on the market. The capsules provide cellular energy through the production of ATP rather than purely stimulant-based energy.

Our Shroom TECH Sport combines a host of all-natural, competition safe nutrients, led by the traditionally revered Chinese ‘caterpillar mushroom’: Cordyceps Sinensis. Cordyceps enjoyed the distinction of being the world’s most expensive nutritional supplement for much of the 20th century. Recent advances in cultivation combined with the publicity from the success at the 1993 Chinese National Games have increasingly brought it into scientific interest.

Applications of Cordyceps and its extracts are hypothesized to be centered primarily on the key effects of increased oxygen utilization.

It in increases cellular ATP production and the stabilization of blood sugar metabolism. The presence of adenosine, cordycepin, and cordycepic acid; polysaccharides; vitamins; and trace elements may be, at least partially, the cause for such effects. [source] An increase in cellular ATP results in an increase in useful energy.

This is in contrast to the perceived increase in energy that occurs from the use of CNS stimulants, such as caffeine, ephedrine, and amphetamines, which ultimately results in an energy deficiency.

This is a distinct advantage that an ATP focused energy product like Shroom TECH Sport has over other ‘pre workout’ stimulant based formulas. There is a naturally occurring amount of caffeine in the green tea extract found in the formula, ranging from 30-45mg per dose. For reference, an average cup of coffee contains roughly 95mg of caffeine.

It should be noted that cordyceps and the Russian adaptogen rhodiola have been identified as being particularly synergistic. Many of the studies done on performance included rhodiola, as does Shroom TECH Sport.

Toxicity
Cordyceps has proven to be a nontoxic fungal substance with wide-ranging physical and chemical effects on the body. No human toxicity has been reported. This applies to animal models who failed to find an LD50 (median lethal dose) injected i.p. in mice at up to 80 g/kg per day, with no fatalities after 7 days. [source] Given by mouth to rabbits for 3 months, at 10 g/kg per day (n = 6), no abnormalities were seen from blood tests or in kidney or liver function.[source]

Shroom TECH Sport Use:
Take a serving of the greater of 3 capsules or 1 capsule per 50 lbs. of body weight. Ideally 45 minutes prior to physical exertion or competition. Preferably taken on an empty stomach. When not engaging in planned physical exertion, take a serving of 1-2 capsules in the afternoon. Preferably on an empty stomach to maintain daily energy. Do not exceed more than 6 capsules in any 24 hour period.

Warnings: DO NOT use if pregnant, nursing or under the age of 18. Consult with a healthcare practitioner before taking this or any nutritional supplement if you have or suspect a medical condition. If you are taking any medications, particularly blood thinners or drugs related to cardiac healtah. This applies to over the counter products or other non-Onnit dietary supplements. Do not use if safety seal is broken or missing. Store in a cool dry place. KEEP OUT OF REACH OF CHILDREN.

Check out our full range of Onnit Supplements.

What do you think of Shroom TECH Sport?